3 Steps To Take After You Decide To Divorce 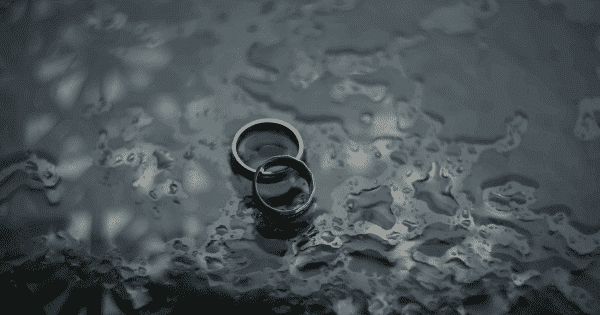 Did you know that about 827,000 divorces occur each year? Considering how little we as a society talk about divorce, you probably wouldn’t know it. Divorce is still treated as something of a taboo. Although many are no longer ashamed of getting divorced, they also aren’t proud of it, and perhaps don’t talk about it as much as they should. The issues that people have surrounding divorce are manifold, with lots of people struggling with the fact that divorce isn’t always such a bad thing. Though none of us move towards marriage thinking that we want to or will get divorced, in reality, you can turn over a new leaf in life after your divorce. Even if you share children with your ex and worry about how divorce will affect them, keep in mind that divorce can ultimately be a good thing for them as well. After all, it’s better for children, generally speaking, to have two happy parents versus parents that are constantly fighting. With that being said, let’s look into some of the things that you should do after you decide to get divorced.

Understandably, some are less than pleased with the idea of moving directly into a divorce case with a lawyer, largely due to the misconception that lawyers only make divorces more tense. In fact, there are a number of benefits to having your divorce negotiated by a lawyer, namely that lawyers can ensure that you are properly represented. The last thing you want is to be taken advantage of because you assumed that your ex would follow some unwritten rule. Remember that divorce is tricky, and it’s easy for hurt feelings to become involved. You need to look after yourself and ensure that your interests are represented properly. Fortunately, there are a number of law firms that specialize in divorce specifically. Most divorce lawyers are, on a broader scale, family law attorneys. This means that they can help you through the ins and outs of divorce in general, whether or not the two of you share children. Law firms that specialize in divorce and family law are not going to be the same types of firms that have criminal defense attorneys; don’t assume that because you know someone who is a lawyer, that lawyer can represent you during your divorce. Choose the right lawyer, listen to recommendations from friends and family, and interview candidates before settling on your final decision.

Divorces often graduate from civil to ugly because custody issues become involved. There are a lot of emotions and legal intricacies surrounding custody, and it’s all too easy for custody negotiations to escalate into custody battles. This is because, of course, parents have a hard time reconciling with the fact that divorce may mean that they get to see their children less, or at least not on the same basis that they did before the divorce. In fact, splitting custody may mean that you see your children more regularly than you did prior to your divorce, depending on your individual situation. Custody can also determine which parent pays child support, and if so how much. These factors can lead to a tense legal situation if you don’t work with the right law firm. A good attorney will help mediate during your custody negotiation if you need it or set you up with a professional mediator who can help you and your ex work out an arrangement that works for the family.

3. Take Inventory Of Your Assets

Over the course of your marriage, you and your spouse likely compiled a lot of different assets, from property to cars and even furniture. When you divorce, these assets will naturally be split up between the two of you. But you don’t want to lose track of the items that you paid for and rightfully own, especially if you want them still. Take inventory of your assets and consult with your attorney to ensure that you can law a claim to what you’re owed.

Divorce is hard, but working with the right law firm is the first step to ensuring that you survive it.